Ultimate Hits by The Bran Flakes is a journey full of catchy sounds and plunderphonic mischief. Released in 2016, this "Best Of" compilation of The Bran Flakes' amazing quarter century of output is limited to 500 copies and sure to be a hit at any party.

The Bran Flakes were formed in 1992. From 1992-1997 the band recorded on 4-track in bedrooms and did not play any shows, putting out hand dubbed cassette tapes and distributing tapes through direct mail-order, zines and indie catalogs. The Bran Flakes have released a number of albums and have made compilation appearances on several labels. Find out more about them at http://www.thebranflakes.com 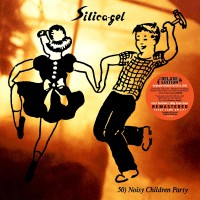 This gorgeous double LP is truly a unique item and a must have for avant garde music lovers world wi..